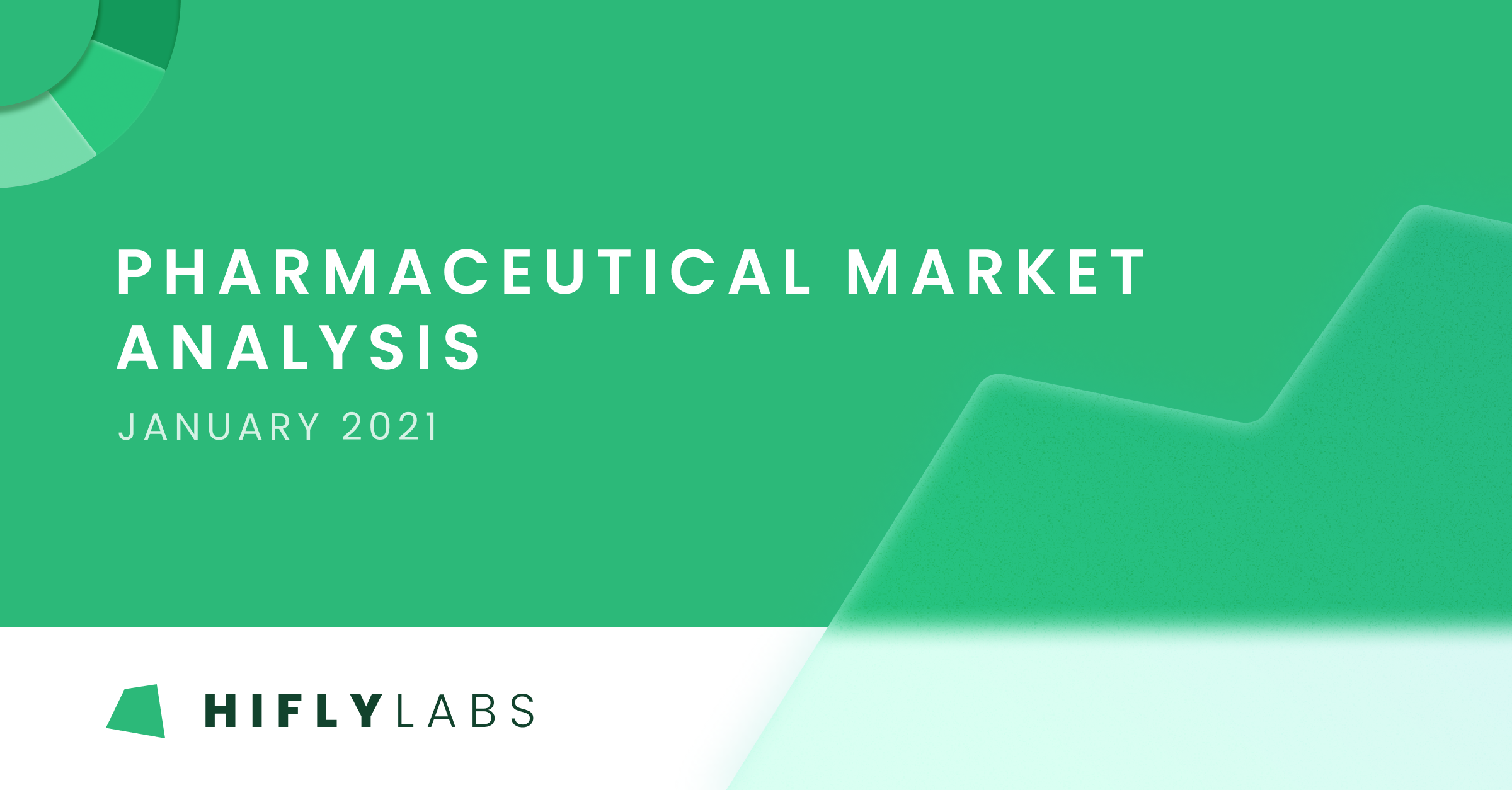 Nearly 9 percent drop in prescription product sales in January. A significant part of the population still has medicine reserves, although other factors have also decrease pharmaceutical turnover.

The monthly data release for the 2021 starter is unprecedentedly the first January statistic in prescription medicine sales that have already been affected by the coronavirus epidemic. The strong January data used in previous years fell short and instead poor performance was measured in the prescription medicine market this year. The aggregate turnover of domestic pharmacies – concerning prescription-only subsidized medicines – averaged around HUF 46-47 billion last year, compared to which the turnover of HUF 44.4 billion in January this year is a significant decrease in the market. As a result, the steady trend in the sales of subsidized medicines seen in recent months seems to be broken. 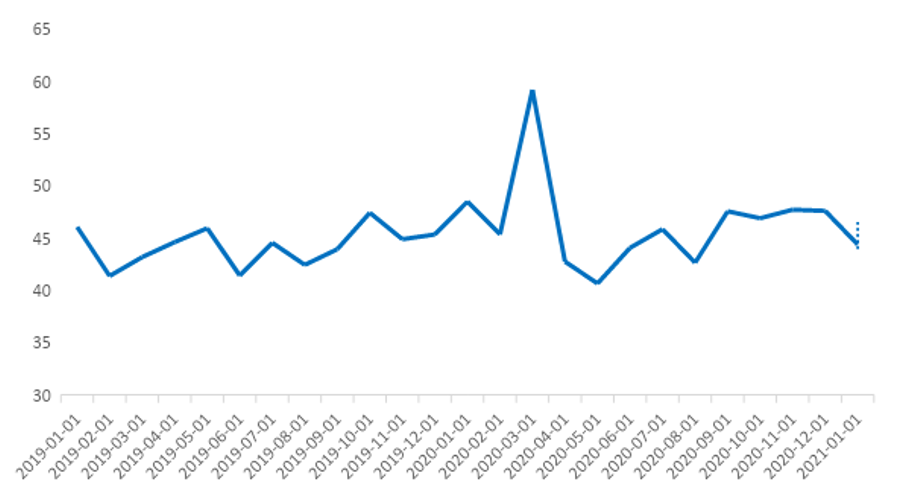 The calendar effect may also have contributed to this year’s weak January sales. This year also saw 5 weekends in January, when pharmacies were closed. According to CSO data, the volume of sales of medicines and pharmaceutical products decreased by -15.4 percent. However, considering the calendar effect, the decline paints a slightly better picture of -12.3 percent.

The decline in the number of products sold is even more significant than the decrease in turnover. In January, the majority of people did not go to the doctor to prescribe medication, and another part of the people did not go to the pharmacy to buy the prescribed medication. The decline in sales may have been due to the switch to online non-prescription products and the unfavorable labor market situation. A total of 14 million boxes of medicines were sold in the month under review, the lowest volume in terms of sales in the past 8 months. Compared to January of the previous year, the rate of decline is 13.6 percent. Examining box sales, all categories showed a slowdown in January.

The slowdown in sales is also reflected to a greater or lesser extent in most medicine categories. The groups where a slight decrease or increase was measured is a consequence of higher product prices as the number of boxes sold decreased based on the data.

The -34.6 percent decline in sales of systemic anti-infectives was significant among product types. This group includes mainly antibiotic preparations that kill bacteria as well as inhibit their growth. The poor performance of the group is not surprising, as the flu season was delayed in January this year as a positive effect of the coronavirus epidemic. These preparations were not sold in most pharmacies despite the cold weather.

The flu report of the National Public Health and Medical Officer Service revealed that so few people got sick from flu in January that even the epidemic threshold could not be reached.

Regionally, sales declines were measured in all counties in January, but this month also saw a varied rearrangement in county rankings. Compared to December 2020, the turnover of prescription medicines dropped in all counties, but sales of Budapest slowed down the least, by -3.5 percent. This data may also indicate that people were becoming less and less cautious, and that many could gradually return to their pre-COVID lifestyle, which may have helped the epidemic recur. The principle of “you can fall hard from high” also seems to apply to the pharmaceutical trade. Pest County, which had a significant turnover for months, experienced one of the largest declines, almost -8.4 percent, compared to the previous month.

If we compare the decline in sales with the performance in January of the previous year, interestingly, the regional processes paint the opposite picture. This is no coincidence, as the coronavirus did not show in Hungary last January. Compared to January 2020, the largest decline was shown in the capital among all counties, -12.4 percent. The turnover in Pest County slowed down the least, as the base value did not count as exceptionally high in the period before the outbreak of the coronavirus in January 2020. 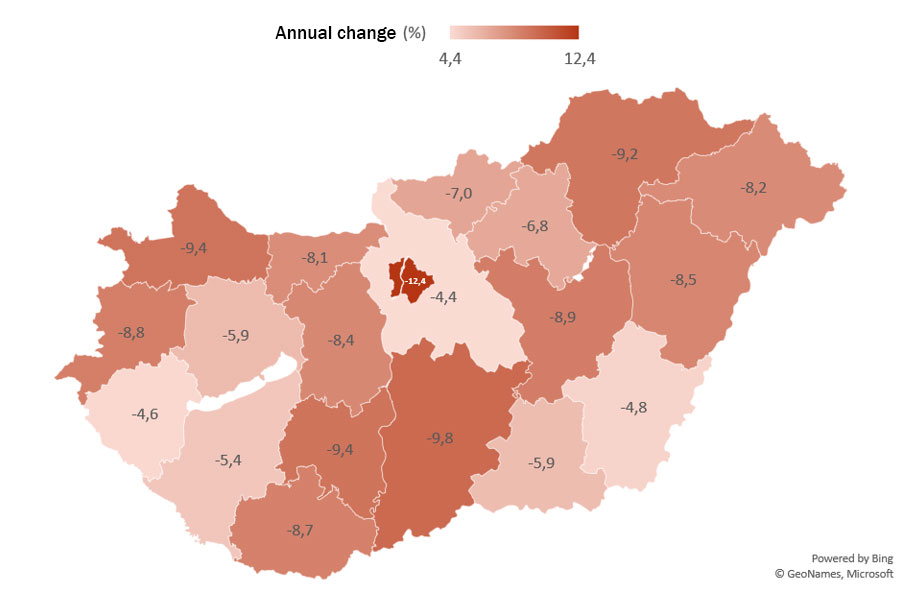 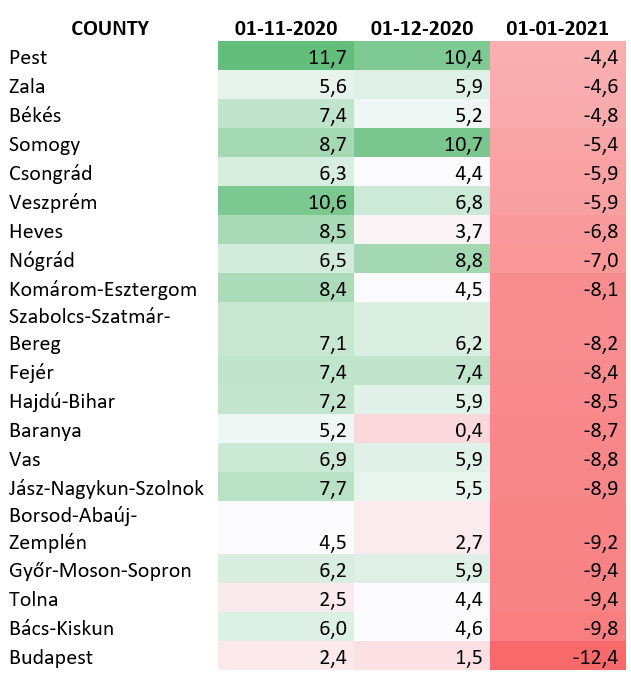 In addition to the multifactorial decline in drug sales, changing social processes have also had an impact. There were 10,000 victims of coronavirus in 2020 in Hungary, according to official sources. The majority of victims came from the elderly and middle-aged people with chronic illnesses, who typically may have appeared in patient statistics with one or two or even more illnesses. In terms of total patient numbers, we speak about a drop from 10.7 million in January last year to 8.9 million by January 2021. Compared to last year, the number of cardiovascular and cardiac patients decreased by more than 672,000, but the decrease in the number of systemic anti-infective patients by 327,000 is not negligible due to the lack of the influenza season. Patients with cardiovascular diseases are taking several medications, the skipping of which may not cause physical pain, negative effects occur only later. Examples include blood lipid-lowering drugs, the purchases of which may have been delayed by patients this month. 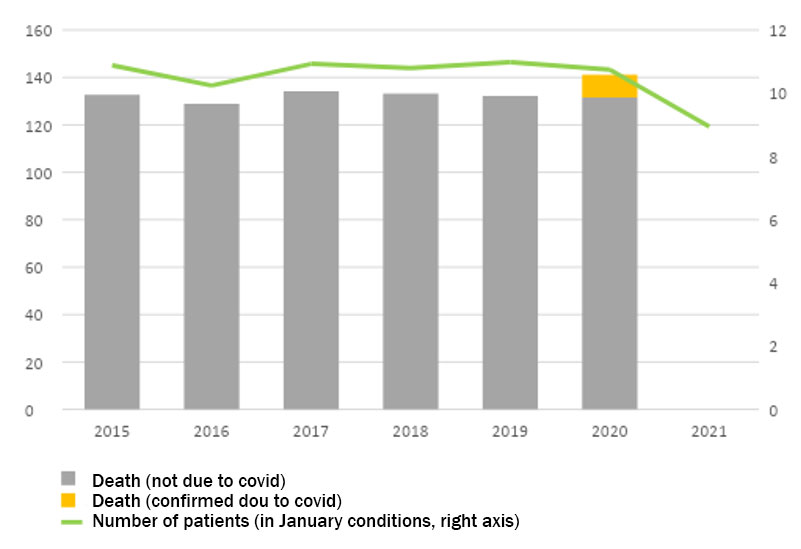 * Patient statistics can include people with multiple illnesses more than once.

“The decrease in the number of patients was mainly due to postponed purchases and the lack of flu season this year. However, as a tragic effect of the coronavirus, we lost a number of our compatriots, especially our older compatriots, the effect of which, according to the data, has already appeared in the prescription subsidized medicine sales. The coming months will be crucial in tackling the coronavirus epidemic, which will fundamentally redefine the long-term path of the subsidized prescription market.” – says Zsolt Virág, President of the Board at Hiflylabs Zrt., the company that completed the data analysis.

Author:
Zsolt Virág – President of the Board at Hiflylabs Zrt.